Growth investor Synova is delighted to announce that global private equity investor TA Associates has acquired a majority stake in Fairstone Group (“Fairstone” or the “Company” or the “Group”), one of the UK’s leading wealth managers. The transaction marks the first realisation from Synova Fund III, a £250m Fund raised in 2016, and generates a return to Synova of 4.5x invested capital and an IRR of 40%. As part of the transaction, Synova will continue to support the Group, re-investing for a minority stake from Synova’s latest Fund IV, a £365m Fund raised in 2019.

Synova first invested in Fairstone in April 2016, working closely with the management team to drive organic growth and providing strategic support to the Company as it successfully completed 33 acquisitions in the period. Since our investment both revenue and employee numbers increased threefold with EBITDA increasing sevenfold. Fairstone now oversees more than £10.6 billion in funds under management, up from £3.5 billion at investment. Fairstone’s unique acquisition model, which focuses on cultural alignment, integration and client outcomes, has led to market leading retention rates and customer satisfaction, with Fairstone now the number one rated wealth manager on Trustpilot.

“It has been a great pleasure working with Alex, Matt and the rest of team at Synova in a very productive and supportive partnership since 2016. Back then, they really took the time to understand the scale of the opportunity and worked with us to put in place the building blocks for sustainable growth. Synova has supported us at every step of our subsequent development to ensure we delivered on that vision. As a result of this close collaboration, Fairstone has transformed into a national, full service wealth management business delivering on our ongoing commitment to high quality client outcomes.

I’m delighted that Synova are choosing to reinvest alongside TA Associates, and the team, so that they remain a significant partner in the next stage of Fairstone’s development.”

“Fairstone represents another highly successful partnership for Synova. Having identified the increasing need for high quality financial advice, we opened an initial dialogue with founder Lee Hartley in 2015, and completed our investment the following year. Fairstone’s focus on clients, its unique DBO acquisition model and proprietary technology architecture continue to differentiate it from its peer group.

The same attractive market dynamics continue to be prevalent today, which is why we are re-investing to support the continued growth of the Company. We are excited to welcome TA Associates as an investor in the Company and look forward to continuing to support Lee and the rest of the management team in the next phase of growth.” 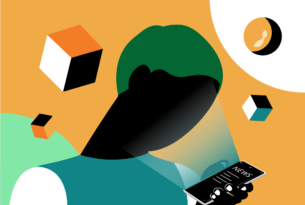